It's undoubtedly the most bittersweet passing of Montana Grizzly football legacy jersey #37.

As most Griz fans know, it was announced last week that senior linebacker Jace Lewis of Townsend, the Big Sky Conference preseason pick for defensive player of the year, will be turning in his #34 jersey, having been bestowed the honor of wearing #37. That jersey is passed down from the player who wore it last after their playing time is complete. But this year...well, this year.

The most recent player to wear that jersey, Jesse Sims, tragically lost his life a few months back. He and Jace had already had the conversation. Jesse wanted Jace to be next in line, which he graciously accepted. Sadly, the two could not make that formal announcement together with Jesse's passing.

The jersey is worn by a Montana kid who plays on the defensive side of the ball. It's been that way for decades. The player wearing it graduates, chooses who is next. While it does not have to be a player that has tremendous success during his playing career or expected to rise up and be one of the premier stars for the Griz, you could argue that most of the time, that is how it has turned out.

Our thanks to Montana Grizzly football for sharing Jace's Tweet. In his own words, here is what this honor means: 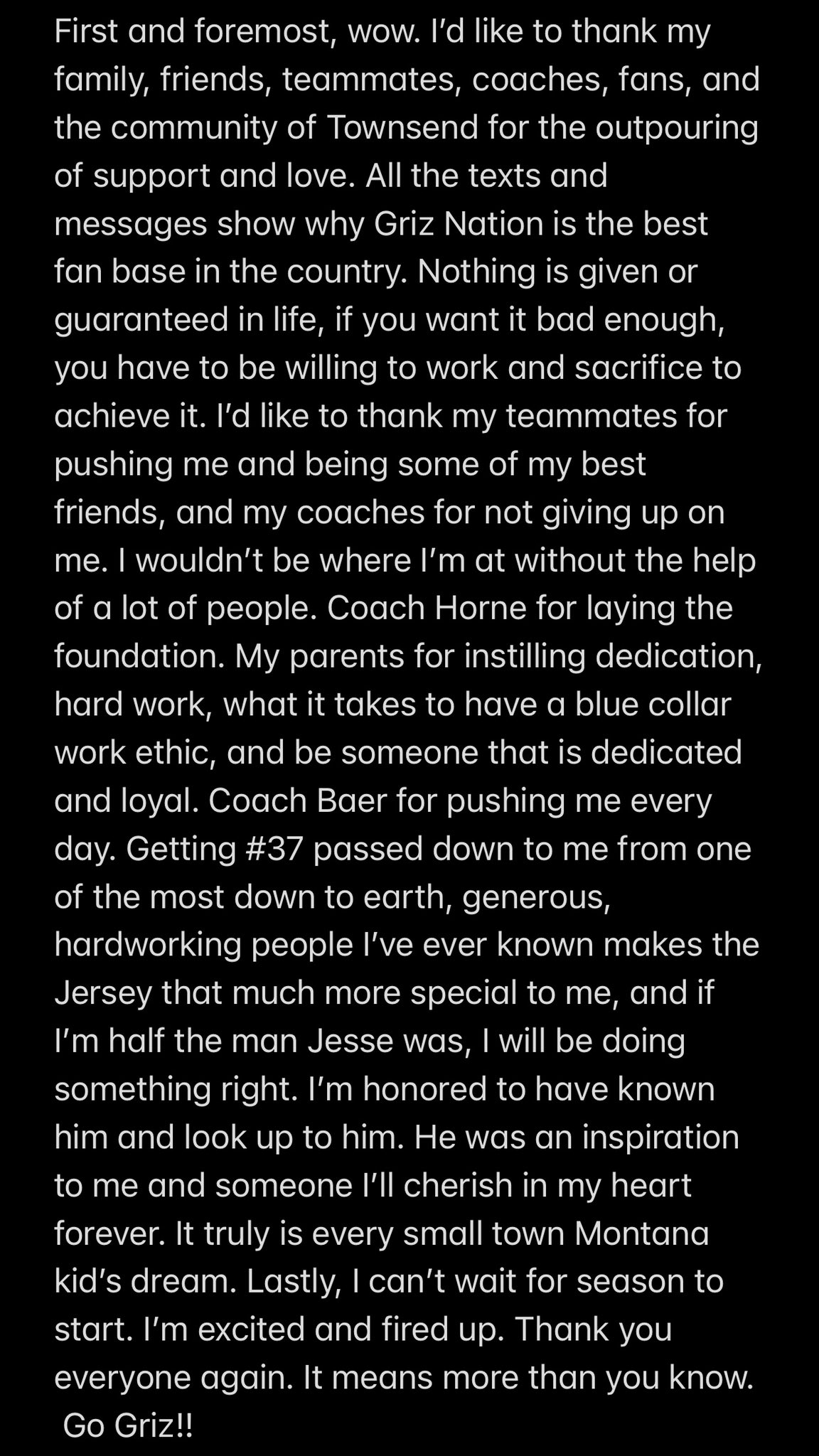 Congratulations, Jace. It is obvious that Jesse made a good choice when he tabbed you to be next in a long line of dynamic players who so wonderfully represent the Montana Grizzlies.

LOOK: Here are the 10 US golf destinations with the most courses per capita

Discover where you can find the best access in the country for your pick of courses, the unique terrain that lends itself to world-class golf, and what makes select clubs noteworthy.
Categories: Local News
Comments
Leave A Comment
Back To Top